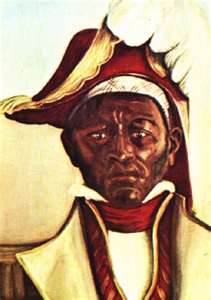 The recent presentation from Black History Studies entitled "Slavery Is Not Our History" detailed many of the ways in which enslaved African people liberated themselves and fought against kidnapping, genocide and mass enslavement in Africa, on board the slave ships, on many Caribbean islands, and in South America and the United States.

My sister, who grew up in the 1940s and '50s, tells me that, when she was growing up, people would say to her that slavery could not have been that bad, because there were no slave revolts.  The schools taught that slaves were happy on the plantations.  The only slave revolt she was told about was that led by Nat Turner.

Fortunately, our mother taught us from an early age about those who fought for liberation, including Harriet Tubman, Sojourner Truth, Frederick Douglass, Toussaint L'Ouverture and more.

For more about this presentation, click here for Black History Facts.  As usual, this was a fascinating presentation, packed with loads of information.


For more about the "Slavery Is Not Our History" presentation, see:  Why Focus on History?

You may also be interested in  African People's Self-Liberation.

Click here for the next Black history events from Black History Studies and more.