A Light Has Gone Out 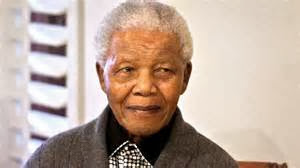 Nelson Mandela is dead. A light has gone out from the world.

Mandela was imprisoned by the apartheid regime in South Africa for 27 years, because of his fight against apartheid. He became a symbol of hope and the fight for freedom for South African people and for people all over the world.

After his release from prison, Mandela became South Africa's first democratically-elected President. He accomplished the seemingly impossible – a bloodless revolution. Under Mandela, apartheid came to an end without the shedding of blood.

His wisdom has inspired millions of people. Mandela is now an ancestor. May he long continue to guide us.

Clickhere to read more about the life of Nelson Mandela.

Clickhere to read about the fight against apartheid.