For more about how to manifest what you want, go here to download my ebook, Secrets of Manifestation, which is still FREE at this time.

I have loads more content to help you attract what you want on my groups:

The Key to Everything; and

on my Coronavirus Resources page.

See also:   How to Visualise for Maximum Result using the LOA.

Please share this with your networks and please leave your comments below.  Thanks.

What Does "Thank You" Even Mean?


Gratitude is a hugely important and powerful part of manifestation.  Check out this video from "Brown and Bendy" Dominique Davis, who explains how this works and gives us a beautiful meditation to help with this process.

For more about how to manifest what you want, go here to download my ebook, Secrets of Manifestation, which is still FREE at this time.

I have loads more content to help you attract what you want on my groups:

The Key to Everything; and

on my Coronavirus Resources page.

See also:   How to Visualise for Maximum Result using the LOA.

Please share this with your networks and please leave your comments below.  Thanks.

I found this article by Dawn Butler MP very interesting.  I agreed with a lot of what Dawn Butler said, but disagreed with other things.  She raises some important points.

Butler states that, as a young person, she was told by her brothers never to phone the police - if there were a problem or an incident, she should phone her brothers instead.  This reflects many Black people's reality.  She then recounts an incident in which, threatened by a white neighbour, first with a brick and then later with a knife, she calls the police, who turn up and arrest her brother.  And she states, "That is why I was always told never to call the police".

Having said this, when I was threatened with a baseball bat by a (Black) neighbour, I called the police and was impressed by the swiftness of their response.  However, after their initial visit, I heard nothing further.  I eventually wrote to my MP, Harriet Harman, about this, and she helped me, as she has done many times over the years.  After that, the police finally took action, but it was too late as the evidence had disappeared.

I would have expected Dawn Butler to know, and recommend, that we contact our MPs for help if necessary, if the police have not taken appropriate action.  Of course, some MPs are more responsive than others.

And of course, I should not have had to do this in order to get an appropriate response from the police.

Butler also states that people have told her "people say to [her] that racism isn’t as bad in the UK as it is in the US".  I have had Black people say the same thing to me.  This is a stupid and naive response.  Having lived in both countries, I would argue that racism in the two societies is both better and worse in some regards.  Racism and racist attitudes, practices and behaviours in the UK and in the U.S.A. are different and not necessarily able to be compared.  They are like apples and bananas.  But they are also the same.  Racism in both countries, and others, is the fruit of centuries of white supremacist conditioning and racist violence.

The reason so many people, Black, white and members of other races, have taken to the streets daily here in London and the UK is that they know, as we all know, that racism is a problem and is sometimes lethal.  Racist attitudes and actions by the police in this country have been involved with deaths in police custody of Black people including, for example, Joy Gardner, Smiley Culture and Cynthia Jarrett, to name but three, not to mention a whole host of other incidents such as the killing of Stephen Lawrence and the mishandling of it by the police.

We discussed some of this in my radio broadcast, "How Can We Create a Peaceful World?".

At the moment, two documentaries about institutionalised racism in Britain are available for screening:  Justice for Joy on All 4 and Sitting in Limbo on BBC iplayer.  I watched part of Justice for Joy yesterday morning and Sitting in Limbo yesterday evening. Sitting in Limbo covers the recent "Windrush scandal" caused by the "hostile environment" towards immigrants that began under a Labour government and was fulfilled by successive Tory governments.   It focuses on Anthony Bryan, one man who was threatened with deportation after living here his whole life.  Be warned:  I was even more stressed and upset after watching these two documentaries.  It is a commentary on the current state of affairs that Joy Gardner's family have never achieved justice regarding her death.

And a reminder:  Baroness Lawrence, when she entered the House of Lords, stated that the police in Britain are characterised by institutional racism and institutional corruption.

I have seen white police officers take a knee in recognition of the horrendous slaying of George Floyd.  I have been very moved by this.  But even when they enter the force with good intentions, police trainees are entering a hostile environment with a culture of institutional racism and institutional corruption.

There are examples of big racist incidents in this country, as well as small ones.  As Butler says, we need to call out racism when we see it.  And this will benefit everyone.

We can change things.  Each and every one of us can make a difference.

Go here for the Blogging Carnival for Nonviolence 2020.

Go here for more about the Blogging Carnival for Nonviolence 2020 and how you can submit your blog post.

How Can We Create a Peaceful World? 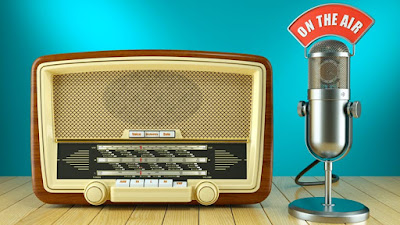 On my "Success Strategies" radio show, we asked the question, "How Can We Create a Peaceful World?".

In Part 1, we talked about recent events, including the killings of George Floyd and Breonna Taylor.  We are all in shock about these incidents, especially as we watched George Floyd being killed before our eyes on TV.  Go here for Part 1, which links to Parts 2 and 3.


Part 2 contained my recent interview with Carthenia Jefferson, one of the sistas from Black Women for Positive Change.  Carthenia is a member of the Birmingham, AL Black Nurses' Association and the National Black Nurses' Association.  She spoke about events they have held in the past for the Week of Nonviolence, and plans for this year under the covid-19 lockdown.  Go here for Part 2.

In Part 3, we talked specifically about solutions.  We also talked about the fact that this is a global problem, it is not just about the U.S.  People in the UK have been demonstrating on a daily basis since the televised killing of George Floyd.  I talked specifically about the deaths of Cynthia Jarrett, Smiley Culture and Stephen Lawrence, and the shooting of Cherry Groce, all of which occurred in the UK.

The Independent Police Complaint Commission have found that there is 'no evidence of a criminal offence' in the death of Smiley Culture, and that he stabbed himself to death while police were in attendance at his home.  Does this sound logical to you?  Anyway -

Are the police the problem?  Do we need to abolish police?  And, if so, what can we put in their place?  How can we put more power into the hands of ordinary citizens?  And how can Nonviolent Communication (NVC) help us to transform these situations?

Go here for the Blogging Carnival for Nonviolence 2020.

Many thanks to Naimah Latif for inviting me to host my show on her Blogtalk Radio channel, "The Female Solution".  See you again next month!

Please listen to the programme and please leave your comments below.  Please also share this with your networks.


Iyanla Vanzant is talking today about the recent killing of George Floyd and the demonstrations and unrest resulting from the killing.

We are going to be discussing this on my Blogtalk radio show this Saturday:  Success Strategies with Zhana:  How Can We Create a Peaceful World?


Iyanla does not mention the recent killing of Breonna Taylor, a young woman in Louisville, KY who was also killed by the police.  We need to bear Breonna Taylor in mind as well.

And, of course, NVC is based on empathy, i.e. connecting with our feelings and needs.  Empathy is at the heart of NVC.

We will be discussing this on my Success Strategies radio show this Saturday, so please tune in.  We look forward to seeing you there.

And go here to download Treasures of the Geniuses of Transformation, which contains even more wisdom from Iyanla Vanzant.