I have seen photos of Adrianne George of Black Women in Europe at the Democratic National Convention, and Jessica Ann Mitchell of Black Bloggers Connect at one of the Inauguration Balls.

They and many other bloggers have done a lot of excellent work in supporting President Obama's re-election campaign.

The President has met and consulted with bloggers during both Presidential campaigns.   Did bloggers help President Obama to win re-election?

Please leave your comments below. 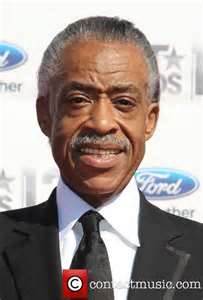 
In Why We Need to Identify as Black, I argued that black is the most powerful colour in existence.

Martin Luther King said it and it still is true - Black is beautiful.

See also: Why We Need to Identify as Black.

Please leave your comments below.
Posted by Zhana21 at 9:00 AM No comments:

5 Bloggers Reveal How They Overcame Their Biggest Blogging Challenge


Black bloggers have particular experiences - and particular responsibilities.  In Secrets of the Black Bloggers, I asked bloggers how they overcame their biggest challenges, and how they achieved their blogging goals.

The documentary Mugabe: Villain or Hero? was shown recently as part of the African Odysseys strand at BFI London South Bank.


Mugabe: Villain or Hero? examines the current situation in Zimbabwe. If you have heard or read about Robert Mugabe in the Western media, you may be very surprised at what you learn from this film.

The film documents the history of Zimbabwe from independence to the present day. The making of the film is a story within the story.

The director, Ghanaian Roy Agyeman, travelled to Zimbabwe on the promise of being given access to Robert Mugabe within three months. It turned out to be more like three years.

Over the course of that time, Agyeman interviewed Zimbabweans and experienced life in the country during a period of economic instability and hyper-inflation caused by the economic sanctions imposed by the West. At one point, people could only withdraw 5 million per day from the bank, while a taxi journey cost twice that.

Robert Mugabe had been elected on the basis of his promise to redistribute Zimbabwe’s land. As with other former colonies, such as Kenya, white settlers occupy the best, most fertile land in Zimbabwe. Black people – the majority population – struggle to survive on a much smaller percentage of land.

The film also covered aspects of history of which I was not aware:

In 1979, Mugabe was pressured into signing the Lancaster Agreement, which required him to wait 10 years before redistributing the land. He was photographed with world leaders including Jimmy Carter and Ronald Reagan, and with celebrities including Princess Diana. He was knighted by the Queen and was suggested as a possible recipient of a Nobel Prize.

Having waited 10 years, Mugabe was then prevailed upon by other African leaders to wait another five years, until after Nelson Mandela had been released from prison.

As part of the agreement, Britain agreed to provide funds to finance the redistribution of the land. But in 1997, the newly-elected New Labour government under Tony Blair reneged on the deal, claiming that as they were a new party, they had nothing to do with the agreement that had been signed.

Mugabe’s government started redistributing the land. The film states that some atrocities were committed. The white landowners whose land was repossessed were still each offered land amounting to100 times the size of Wembley Stadium.

Such was Mugabe’s distrust of Western journalists and news media that it took three years before he finally granted an interview with Agyeman, who had been following him around for much of the time, filming his activities from a distance.

The interview with Robert Mugabe was very refreshing. It was wonderful to hear him state that the redistribution of Zimbabwean land was “right”. At no point has he backed down from that position.

The discussion afterwards and Q & A with the director, Roy Agyeman, was ably led by Henry Bonsu of Colourful Radio. I interviewed Henry in my book Black SuccessStories.

What this film makes clear is that, as people of my generation are aware, the situation in Zimbabwe is about land. It is a land issue. Younger people may not realise this, though, because of the way Mugabe has been demonised by the press.

It was said that one winds up feeling like the lone voice, as if one were mad, if one’s view diverges from the portrait of Mugabe painted by the Western media, and this very much resonated with me.

As with other issues, the facts have often been distorted and misrepresented. As bloggers, we have a responsibility to uncover the truth and to share it.

As the film pointed out, much of the Western media and many Western governments and financial interests do not want to see Zimbabwe become prosperous. They will do anything they can to undermine Zimbabwe and smear Mugabe’s name. This is because land redistribution also needs to happen in other former colonies, such as Kenya and, of course, South Africa, and foreign powers fear losing their influence and their economic dominance.

With its mineral wealth, Zimbabwe can potentially become one of the strongest economies in Africa, and perhaps the world.

Mugabe: Villain or Hero? is an excellent film which sets the record straight, and you really need to see it. Everyone should see it.

For more about African history, see: Naij: A Film History of Nigeria.

For more about the way the media manipulate us by misrepresenting the facts, see this blog about the Niger Delta.

This is such a tragic story.  Detroit Mother Pleads Not Guilty to Brutally Murdering Her 8-Year-Old Daughter.

The child was just a few days short of her ninth birthday.  She died from multiple stab wounds.

This mother was obviously disturbed - I say "obviously"  because of her behaviour - and needed help.  She needed support.  She was abusing her five children in front of other people - obviously, she was desperate for help.

This kind of thing is often preventable.  Be very clear, I am NOT suggesting that our communities are the only communities afflicted with domestic violence and abuse.

What I am saying is that this kind of thing can be prevented.  The woman's family and friends reported her to the authorities numerous times, but the family did not get the help they needed and now one of the children is dead.

Please, please read my book Success Strategies for Black People.  I am passionate about helping more people find out about Spiritual Response Therapy (SRT), which can prevent tragedies such as this from occurring.  SRT is a form of energy therapy which brings about miraculous results in many cases.  For more about SRT, listen to my short recording on Your Inner Wisdom.  This is just one of the methods I cover in Success Strategies.

Plus, we need to unlearn some of our patterns of toxic communication.  Toxic communication affects our relationships with partners, work colleagues and family members.  We have inherited some of these patterns because of the slavery experience.

Nonviolent Communication (NVC) can transform violent situations and is helping people all over the world to transform their lives.  For more about NVC, please read Success Strategies for Black People.  Please also share this with anyone who can benefit from it - social workers, counsellors, anyone who is working within the Black community or who is working to combat domestic violence.

We can transform our lives and the lives of people in our families and communities. 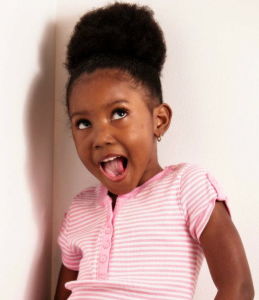 Really?  We didn't know this already?

The better an individual feels about him- or herself, the better that individual performs.  This is true whether you are:

We perform in the way in which we see ourselves.  That is why it is so important that we acknowledge our own and each other's successes and achievements.

That is why we need positive Black role models.

And that is one reason why it is essential that we know our history.

We must acknowledge our strengths and our skills.  We must do this every day.  This helps us to perform at our best in every area of life.

And always, always Remember Your Greatness.

I have been posting my notes from some of the Manifest Everything Now audios on my new Nurture Success Site.

These audios are pretty amazing.  They are highly inspiring and can help you to achieve your full potential in every area of your life.

Click here to listen to the new audios from Manifest Everything Now.  They are each available to listen to for free for 48  hours.
Plus, how are you using the Law of Attraction to improve your life?  Please post your responses below.

Have you made your New Year's resolutions?

Often, when we decide to achieve goals, we sabotage ourselves.

But you can use the Law of Attraction to help you to attract what you want - and what you deserve.

Click here to read how you can stop sabotaging yourself, overcome your inner objections and achieve your goals.

Plus click here for Success Strategies for Black People.

Click here for my CDs/MP3s for Radiant Health and Healing.  Enhance and strengthen your body's natural healing energies.  Detox your liver and kidneys, and all the cells in your body.