Slavery and the White House

Below is a fascinating video interview with Clarence Lusane, author of The Black History of the White House.

One point he makes is that people who were enslaved in the U.S.A., and all over the world, were influenced by the Haitian Revolution. Like Oney, a young woman who had been owned by George and Martha Washington until she ran away.

We have so much to learn from each other internationally.

Is This Racial Stereotyping?

I phoned The Wright Stuff on Channel 5 this morning.

They were discussing the new TV drama, Top Boy, soon to be seen on Channel 4.

Top Boy, which will star Ashley Walters, has been criticised for focusing on young, Black gangsters and drug dealers. Hackney Council has withdrawn its permission to shoot the drama within the borough, saying that it negatively stereotypes Black youth.

The producers argue that the drama reflects life for young people on inner-city estates.

Nina Wadia, an Asian actress from EastEnders, echoed these thoughts on the show today.

My argument is that, yes, it does represent some of the realities of life for some young people.

However, there are many more stories that are not being told or not made into dramas for TV and film.

When we keep seeing the same portrayal of Black people over and over again, these images become stereotypes and cliches.

In Black Success Stories, I have profiled many successful Black people in Britain.

My free More Black Success ebooks also feature the experience of successful Black people in a range of fields.

Don't just protest against negative stereotyping. Produce positive images and positive stories like the ones in Black Success Stories and More Black Success.
Posted by Zhana21 at 2:45 PM No comments: 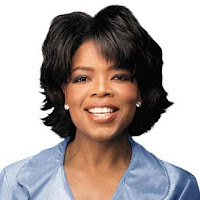 According to a recent article, Oprah Winfrey has been declared the richest woman in entertainment, leaving No. 2 Lady Gaga in the shade. Click here to read more.

Actually, I don't understand why these things are stated in this kind of competitive way. But there ya go.

Click here for more free ebooks and reports.
Posted by Zhana21 at 2:55 PM No comments: 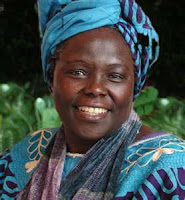 I want to share this great blog about Wangari Maathai, a Kenyan woman who has been active in the environmental movement for many years. She was awarded the Nobel Peace Prize in 2004 for her work in the Green Belt Movement.

Often, the environmental movement has operated in a way that is very Eurocentric, and has marginalised and excluded African people and other people of colour.

This blog about Kibera describes some of the conditions endured by people in Kenya, and the way these conditions have been exploited by Europeans.

Anna Renee's blog underlines points I have made on this blog many times - that we need to tell our own stories and that we, as African people all over the world, need to network with each other. We need to share our stories. We need to communicate with each other and educate ourselves about each other's lives.

Long may this continue.

Please leave your comments below.
Posted by Zhana21 at 1:53 PM No comments: 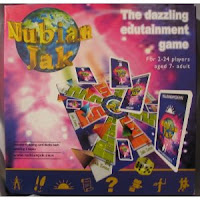 Click here to take my online Black history quizzes. Great fun for your children and for all the family.

How to Research Black History.

Please leave your comments below. Thanks.
Posted by Zhana21 at 9:50 AM No comments: