As described in this video from the Southern Center for Human Rights, Mr. Frank Hatley was jailed for failure to pay child support.

See below for more details.

What's unusual about this case?  Mr. Hatley had no children.

I believe many of these these cases of injustice can be addressed with Spiritual Response Therapy (SRT), which I talk about in Success Strategies for Black People.

I am passionate about this.  See also:   We Need to Talk about an Injustice.

Many people are being incarcerated, often indefinitely, in the State of Georgia for inability to pay child support.  This is in an area in which which has 24% of the population lives below the poverty line.

One-third of those in the Cook County Jail are there because of inability to pay child support.   Of course, a high proportion of them are African Americans.  When they do manage to find some money, their payments go to the State, not to their children.

This is just one of the many ways in which poverty leads to injustice.  Many of those jailed were not provided with legal representation.  And while they are in jail, they are not allowed to see their children. 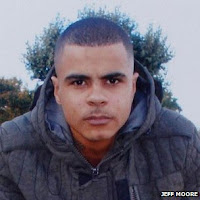 The police officers involved in the Mark Duggan shooting have refused to be interviewed by the Independent Police Complaints Commission about the incident.

The shooting of Mr. Duggan, pictured left, is widely believed to be one of the causes of last year's rioting across the UK.

Click here to read more.  Plus click here for a Nubiart Diary editorial on the killing of Mark Duggan.
Posted by Zhana21 at 1:11 PM No comments:

This latest audio in the Wealth for Women series explores how to embody true wealth: fun and creative ways to be in your body in order to attract abundance.

It also explores how to identify and listen to your body’s wisdom for lasting results.

Leela says that wealth is not just what you strive for. When you embody wealth, it is what you radiate from the top of your head to the tips of your toes!

Click here for more information and to listen to this free audio.

I shall be posting additional information for members of my Nurture Success group.
Posted by Zhana21 at 7:10 PM No comments: