What Does The Black Panther Movie Tell Us about Black People?

The Black Panther movie tells us a great deal about Black/African people, psychology, traditions and potential.  I saw the film last night and I enjoyed it immensely. It is doing brilliantly at the box office, breaking all kinds of records, as well it should.
Lest we forget, the first Marvel comic films were the Blade trilogy, which did so well at the box office that they enabled Marvel to bankroll all the other superhero films they subsequently produced, yet, somehow, they have been left out of the Marvel narrative.

I have a few quibbles about The Black Panther, as follows (this contains spoilers):
Having said all that, the visuals are amazing, the storyline and the depiction of African people as masters of technology are – well, masterful, and The Black Panther offers us a largely positive view of African people and traditions. The Wakandans, from the fictional African state of Wakanda, are depicted as kings, queens and heroes. And the movie is highly entertaining.

The Black Panther is a dazzling sci-fi romp.  I am old enough to remember a time when Black people did not exist in the future, i.e. in science fiction.  So I greatly enjoy this film's strong characters.

The characters' inner and outer conflicts mirror, to a certain extent, similar conflicting emotions within and among people from the Diaspora and the African Continent. I found this fascinating.
One thing I particularly liked was that the men, and the women, were so beautiful to look at and so strong, brave and fearless. These sistas looked awesome. The characters carried themselves with great pride and dignity and the sistas were warriors, fully ready to throw down.
I need to see this film again, soon, to gain clarity and because it is such great fun!  If you have not seen it yet, see it!

What did you think of The Black Panther movie?  Please share this with your networks and please leave your comments below. Thanks.
Posted by Zhana21 at 5:47 PM 2 comments: 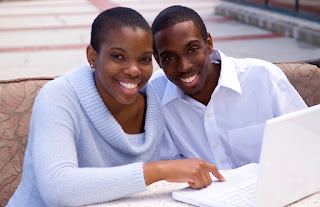 The landscape has changed a great deal since I produced Secrets of the Black Bloggers.  There is still a vibrant Black blogging community, and many more Black bloggers have emerged.

Do you have a story to tell?

Are you able to inspire and motivate others?

Are you a writer or author?

These are just some of the qualities and skills Black bloggers display.

If you want to share your blog and would like to be interviewed, please contact Zhana here or here.  Please include the link to your blog.

For a list of the types of blogs I am looking for, see:  Looking for Black Bloggers to Interview.

Please share this with your networks and please leave your comments below.   Thanks.
Posted by Zhana21 at 9:00 AM No comments:

It's been awhile since I published Secrets of the Black Bloggers.

Are you a Black blogger who really wants to make a difference? I am looking for bloggers to interview for Volume Two of Secrets of the Black Bloggers. To be interviewed, you need to have been blogging for at least two years. Your blog must be aimed primarily at Black people, i.e. people of African heritage. The primary focus of your blog must be about one or more of the following:

More topics may be added later. They will NOT include beauty, fashion or celebrity gossip.

If you would like to be interviewed, please contact Zhana here or here.  Please include the link to your blog.

Please share this with your networks and please leave your comments below.   Thanks.

Black Success: How to Escape the Prison System 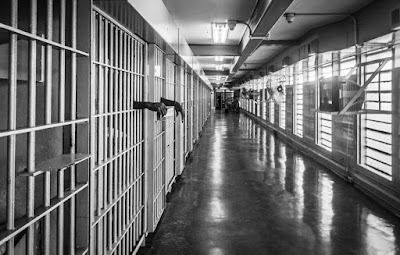 I have called this blog post How to Escape the Prison System, but I could have called it
How to Overcome Mental Slavery.

And I believe that knowledge is power. So we are aware of the problem. The only solution
is one that we can provide. Nobody else can do this for us. We have to do it.

Listen below for more.

Please share this with your networks, and please leave your comments below.  Thanks.

Success Strategies for Black People
Slavery by Another Name

Dunkirk's Use of Prison Labour

63 % of all people exonerated are African Americans.

Black people are very good at blaming. We blame white people. We blame the government. We blame the politicians. We blame men. We blame women. Most importantly, and most tragically, we blame ourselves and each other.  We need to GET OUT OF OUR OWN WAY.

Listen below for more about how we can heal ourselves and stop causing ourselves pain.  I am sharing practical methods of healing ourselves.

Please share this with your networks, and please leave your comments below.  Thanks.

Go here for more about NVC and nonviolence.