I am going to say up front that I was upset by this film, although I was aware of the situation in the Niger Delta, having seen a film produced by the BBC a few years ago which covered much of the same ground.

It is vitally important that Black History Studies continue to screen these kinds of films and provide us with the information we need about the experience of African people all over the world.

It is equally important that we remember we can transform the situation.  More about this later.

Oil was discovered in the Niger Delta in 1956.  Once international oil giants Shell and Chevron moved in, they devastated the region, with the complicity of successive Nigerian military regimes.  For more about modern Nigerian history, see Naij:  A Film History of Nigeria.

During the enslavement period, the Niger Delta was known as the "slave coast".  Many thousands of people were taken down the river in chains, to be sold in the West.

There is a long history of resistance in the region.

Today, because of the constant illegal burning of natural gas released by the oil drilling, toxic chemicals are released which pollute the air and the water and destroy the wildlife.  The rain that falls in the Niger Delta is toxic enough to destroy metal roofs.

There are few, if any, schools in the Niger Delta. The Nigerian government and the oil companies want to drive the locals off their ancestral lands.

You can view the trailer below.

One of the most disturbing episodes covered by Sweet Crude was when Director Sandy Cioffi, having cultivated a relationship with MEND (The Movement to Emancipate the Niger Delta), arranged for a member of MEND to be interviewed on Nightline.

The subject was broadcast with a screaming headline about "Africa's New Terror Crisis" and references to a threatened increase to the price of oil for Americans.

Although we know the media often manipulate stories, and manipulate us, it was still shocking to watch this.

The Joint Task Force (JTF), a branch of the Nigerian military, maintain a presence in the region with brutal violence.  The U.S. government under George W. Bush agreed to supply intelligence about activists in the region to the Nigerian government.  Thus, in a way, we are all complicit in this scenario.

The author and activist Ken Saro-Wiwa was imprisoned and killed because of his involvement in the Niger Delta protests.

Sweet Crude is heartbreaking.  As I said above, it is vital that we remember that we can transform the situation.  We have amazing energy inside of us and we can use it to transform situations like these.   For more about this, see Your Inner Wisdom.

Thank you once again to Black History Studies for screening Sweet Crude.

For more information and to buy a copy on DVD, visit Sweet Crude.

I had some serious issues with the Filming Sensitive Issues event held at the BFI as part of the recent Film Africa festival.

I walked in to see a panel of three white women (one of them turned out to be mixed race, but she appeared white).  I immediately had a problem with this.  There are many Black people filming in Africa right now, at this moment, and I am sure some of them are filming sensitive issues.  So I question the composition of the panel.

Two of the filmmakers had made a film about LGBT activists in Uganda.  I'm not going to say much about this right now.

The other white woman, Karen Boswall, had made a documentary in Mozambique entitled Dancing on the Edge, about health workers educating people in local communities in order to prevent the spread of HIV.  So this was a real conflict for the woman who was the central figure in the documentary - she was an HIV+ health worker who was participating in the ritual.

Dancing on the Edge showed girls taking part in a traditional initiation ceremony.  They had to take a vow that they would always sexually satisfy their husbands and never refuse to do so.  This goes directly against the health initiative to encourage people to use condoms.  They also vowed to submit if their husbands decided to beat them.  Thus, the initiation instructed them on how to be a good woman.

One thing I found very offensive was that Boswall said the ancestors had required women to take these vows - this is what the locals told her.  I had a problem with this because it is the duty of the ancestors to protect their descendants (although not all ancestors are protective).  If your ancestors are telling you to submit to beatings, they are not doing their job.  However, there was no analysis of this from the filmmaker.

It has rightly been pointed out to me that religion and spirituality are often used to manipulate and control people, as depicted, for example, in Ousmane Sembene's film Moolaade.  Therefore, it is entirely likely that the ancestors are being slandered in this instance.

The film depicted many girls and young women taking part in the ritual.  In a lengthy sequence, they are topless.  So we see this sea of breasts - again, with no explanation or analysis.  There is no voiceover to place this in context.

One thing I found particularly disturbing was that many of these girls were very young - far too young to have breasts - in fact, they literally looked like little boys.  I question why children so young were participating in an initiation ritual.

Another problem I had with this event was that Boswall was surprised at how many people had asked her about female genital mutilation (FGM) in connection with her film.  It is obvious that, in an African context, any discussion of female initiation ceremonies will include reference to FGM, but Boswall did not seem to understand this.  Nor was she aware of Moolaade.  I have a problem with someone who knows so little about African film, or indeed African culture, having her work included in this festival.

Boswall was well-meaning.  She said she was disappointed that her film was unlikely to bring about change, and she plans to make fiction films rather than documentaries in future.

Some useful reflections came out of the event, as the filmmakers involved were very candid about the effects of their work on African communities.  I shall say more about this in future.

Although the BFI screens the excellent African Odysseys film series on a monthly basis, I was very disappointed by this offering from Film Africa. 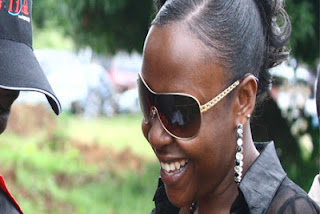 Ugandan Superladies - Rose, Leila and Susan are three  ordinary Ugandan women concerned with homes, families and jobs, but they also share the dream of becoming champion rally drivers. They face the double challenge of achieving sporting success while fighting prejudice and sexism in the male world of motor rallying.The film documents their journey take as they struggle to put together their cars for the Pearl of Africa Uganda Rally 2009, the most coveted motor sports title in East Africa.  Showing with:

The Window - Moji dreams of being a window dresser but is held back by her husband Samson and things start to look even worse for her when Samson's second wife arrives from Nigeria to live in their one-bedroomed Peckham flat with them. However the two women,rather than being rivals,form a bond and,after a public show-down at Samson's chieftancy ceremony, attain their independence plus Q and A with screenwriter Funke Oyebanjo 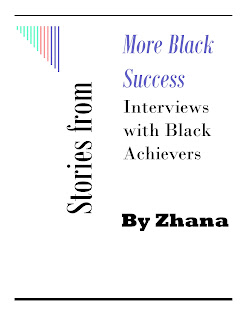 The best way to become successful at something is to learn from those who are already doing it.

And always always Remember Your Greatness.

Check it out:  Books about President Obama

You may also want to check:  Books for Black Upliftment.

Well done, America.  We did it!!!  We elected President Obama for a second term.

One thing that struck me when researching this article on Books about President Obama was that there are LOADS of books knocking President Obama. People are making money out of hating.  I mean, Obama-hating is an INDUSTRY. This goes beyond politics.

Check out this article by Terry McMillan about the racism that characterized Mitt Romney's campaign.
However, none of those books are included here.  These are books for Obama-lovers.

When this many people are trying to stop you, you know you are doing something right.

Congratulations, America.  Maybe we really are growing up as a nation.
Posted by Zhana21 at 6:14 PM 3 comments:

Nigerian Films at the BFI 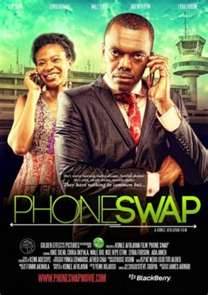 Phone Swap and Maami are two films showing at the BFI this Saturday, as part of the African Odysseys strand, organised by London Black History Walks in conjunction with the BFI.  You can watch the trailer below.

I have been very much enjoying the Film Africa festival.

One of the delights of the festival is that we get to meet working filmmakers.

Saturday, I attended a screenwriting workshop at the BFI with award-winning screenwriter Rungano Nyoni.  She gave us the benefit of her perspective of writing as an actor, rather than a trained screenwriter, which I found very educational and very stimulating.

Then, Saturday night, Rich Mix screened several shorts including Yellow Fever (very powerful) and Native Sun (very poignant), along with Whitey's on the Moon and Walking Backwards, both by Caroline Deeds, who was present for the screening.  So I got to hang out with the director and her family.  Brilliant.  I recommend you see all of these films.

I had some issues with the workshop at the BFI on Sunday on Filming Difficult Subjects.  More about this soon.