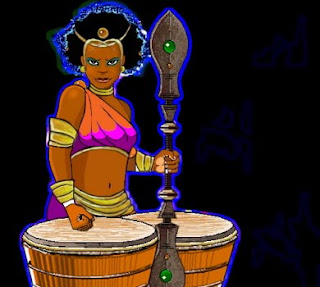 London Black History Walks are continuing their pro- gramme of events. See below.

The original three-and-a-half-hour event repeated by popular demand with African Superhero DVDs for sale on the day and interviews with animators and directors.

African Superheroes: Many artists are making up for the severe lack of positive images of Black people in animated films and comics. This animation festival for 6-60-year-olds will feature a variety of African-themed cartoons which tell tales of; Magical Nigerian women warriors, Anansi the West African Folk Hero, The story of Ogun and Oshun, Teenage Black superheroes and more.

Click here for more info and to book. See below for more events.

In 100 minutes, your guide will take you through hundreds of years of the African presence, and contribution, to London’s way of life. Discover secret alleyways and enormous buildings all connected to Africa and the Caribbean in ways which the owners do not want you to know. Find out about Black loyalists and African revolutionaries. Uncover the submerged links between racism, trade, religion, slavery and politics which are still evident in the very streets and buildings of the oldest part of London.

Click here for more info and to book.
Posted by Zhana21 at 11:17 AM No comments:

Dealing with the Stuff We Don't Want to Talk About

Dealing with debt collectors - click here to watch the video.

We have loads of free resources over the next few days. What's causing your debt? You are blocking your abundance. Let go of the past. Click here for the Tapping World Summit now.

You deserve success.
Posted by Zhana21 at 2:49 PM No comments:

In yesterday's post, "Where Are the Positive Images of Black Families?", I talked about the film "Happily Ever After", which features couples talking about their experience of marriage.

The couples in the film make the point that many young Black people today have not experienced positive Black marriage and family life, and thus do not even believe it is possible for them to have happy marriages.

They see the Obamas as a positive role model, and state that if you can see that something is possible, you can aspire to it.

The film was screened by Black History Studies, whom we interviewed on Saturday on What U Need to Know. Click here to listen.

One sista in the audience pointed out that the benefits system in the UK works against married couples. If you need to claim benefits, you will receive more as a single person than as a married couple on benefits.

We have a similar legacy in the United States. In the '60s, I recall that if there was a man in the home, the family could not claim welfare benefits. So the man of the house would hide under the bed or in the closet when the welfare lady came round to check and see if there was a man present.

Many Black men were not in a position to be able earn enough to support their families. Yet they still remained in the household as a positive presence, providing moral and emotional support to their partners and being role models for their children.

One of the men in "Happily Ever After" decribes how he and his ex-partner continued to support and provide for each other and for their children after their marriage had ended. He said he had never lived more than a mile away from his chidren.

Even during slavery, parents travelled long distances under cover of night, just to have a few moments to spend with their children.

Nowadays, many times the woman does not even know where her ex-partner is living. The children don't know where their father is.

The State has systematically broken down Black families. In the UK, this problem is by no means limited to the Black community.

But to see the lengths to which white racist oppressors will go to split up Black families, see The End of the Dialogue.

Yesterday, I emphasised the need to have positive images in Black literature, film, and every art form.

The couples in "Happily Ever After" talked about the Huxtables, the family in the Cosby Show. The film states that before the Obamas, the only positive image of Black families widely available was fictional.

It was not the only positive image, but it was certainly one of the most widely available.

If children do not see positive images of Black marriages and families, they may grow up believing that it's not possible to have one.

Images are very powerful. For more about the power of visualization, see You Are Magnificent. See also Success Strategies for Black People. 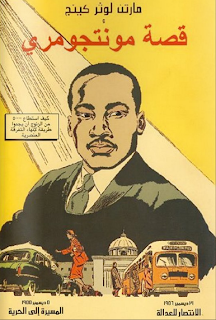 While the world's political pundits debate the role the United States has played in the historical events presently occurring in Egypt, one activist is crediting a specific American with playing a part in inspiring a generation of Egyptians to take to the streets in a nonviolent protest that has changed the course of their nation.

In a recent newsletter to supporters of the American Islamic Congress, Ziada indicated that the translated Martin Luther King comic book had been identified as contributing to the air of peaceful revolution in Egypt. The Fellowship for Reconciliation agreed. Ziada shared this anecdote in her communique:

Click here for the What U Need to Know radio show. This month, we were joined by Black History Studies.

Click here for more African cultural events, plus Black history quizzes and more.
Posted by Zhana21 at 1:15 PM No comments:

Where Are the Positive Images of Black Families? 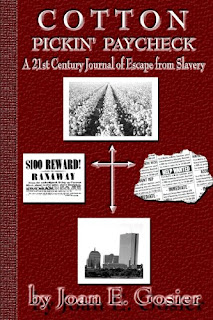 When I was a child growing up in the '60s, I recall Valentine's Day being about more than romantic love. It was not just for couples. Valentine's Day celebrated love in all its forms, including the love of parents for their children, the love of family, and the love which is found in friendships.

As Joan E. Gosier, author of Cotton Pickin' Paycheck, writes in More Black Success Volume 5, where are the positive images of Black families?

Where are the images of normal, healthy Black families with two parents?

This is one of the questions addressed in the film Happily Ever After: A Positive Image of Black Marriage, which was screened by Black History Studies last night in London.

The film contains a series of interviews with couples talking about their experiences of marriage, in which they share the joys as well as the challenges of marriage.

See also: What Is Black Love?

The couples talk about the importance of having the Obamas as role models of a happy, loving and stable couple and family.

One person refers to a 12-year-old boy who has been quoted as saying "Marriage is for white people".

The film makes the point that, if we have never seen something, we are unlikely to aspire to it.

Visualization is so important for our development. If you can see it, you can be it. I talk about this in my book Success Strategies for Black People.

This is why we need to have positive images in Black literature, film, and every art form.

If you have not seen Happily Ever After: A Positive Image of Black Marriage, I urge you to see it.
Posted by Zhana21 at 2:16 PM No comments:

I don't know much about William G. Allen. He fled Boston during slavery and settled in Liverpool, where he founded a school. Click here to listen to an interesting audio about him.

We will be talking about William G. Allen tonight on What U Need to Know. Click here to listen. The show starts at 7 p.m. UK time, 2 p.m. EST. If you miss it, you can still listen to the recording here.

We have done several Black history shows over the past few months, including Juneteenth, Watch Night, Haiti/African Remembrance Day, and more. Click here to listen to previous recordings of What U Need to Know.

In addition, our guest will be Mark Simpson of London-based Black History Studies, who will talk about their work.

Booker T. Washington was a firm believer in economic empowerment for the Black community. He was a major inspiration for the African American filmmaker Oscar Micheaux. Click here to read more.

Click here for the What U Need to Know radio show. Saturday 12th Feb, 7 p.m. UK time. If you miss it, you can still hear the recording.

This month, we shall be joined by Black History Studies, a London-based group. You WILL want to hear what they have to say.
Posted by Zhana21 at 1:31 PM No comments:

Click here for more about London Black History Walks. They put on some awesome events every month.

Click here for the What U Need to Know radio show. This month, we will be looking at Black History Month (which, for us, is every month). Saturday 12th Feb, 2 p.m. EST, 7 p.m. UK time.

Click here for my two Black history quizzes. I will be adding more.

Enjoy Black History Month - every month!
Posted by Zhana21 at 1:06 PM No comments:

What Is Black Love?

This month's Ebony focuses on Black love. And it's great to see President and Mrs. Obama on the cover as an example of Black love.

What is Black love?

Ebony says: "There is enormous energy in every apology delivered, every truth uttered, every embrace held, every abuse checked, every vow honored ...".

To read more, see What Is Black Love?

He is helping single Black men and women to meet each other.

But what happens after they meet?

We need to ask some hard questions.

Why do we have such a high incidence of divorce and relationship breakdown in our communities?

Why are so many Black children growing up in single-parent families?

And what are the consequences of this for us as individuals? For our communities? For our children?

We have so much healing to do.

For more info, see "How to Get What You Want in Your Relationships".

Labels: Black love, relationships, Why We Need to Heal

Natasha Faith and Semhal Zemikael are the co-founders of La Diosa, a London-based company manufacturing beautiful, empowering jewellery. They count Naomi Campbell among their clients.

As a start-up, they received advice from the Prince's Trust

Click here to watch a video about their company. In this video, they talk about how they conducted their market research.

Click here for more about how to do research for your business.
Posted by Zhana21 at 1:22 PM No comments:

Click here for two new Black history quizzes. Online fun for you and your family.

Do you want to raise finance for your education or your business?

Derrick Hayes, author of Raising Money in a Recession, has raised over half a million dollars to help people with their university fees. I interviewed him in More Black Success Volume 8.

Derrick is just one of the people I interviewed in my new ebook Shaking the Money Tree, about raising sponsorship funding.

For a limited time, Shaking the Money Tree is available for just $8, which is a 75% discount off the regular price of $32.

If you want to raise sponsorship funds for your

you want this ebook.

Need Finance for Your Business?

Many people are seeking finance for their businesses, and finding that the banks aren't lending.

Many people and organisations are also seeking sponsorship to attend conferences and other events.

If you are seeking alternative sources of funding, my new ebook Shaking the Money Tree may help.

I consulted many financial advisors about sponsorship, but they didn't have the information I needed. So I researched it and published this book. Click here to download Shaking the Money Tree now.

For a limited time, you can get a 75% discount off the regular price.