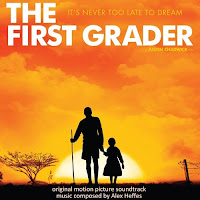 See also: Africa and Africans on Film
Posted by Zhana21 at 2:58 PM 2 comments: 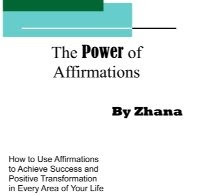 Many people are worried about money. There is so much uncertainty these days. People are facing being laid off, pensions are shrinking.

Did you know that our relationship with money is an emotional relationship? That means that when we change our thoughts and emotions, our money situation changes.

Think about it: when you feel more confident, don't you perform better?

My new ebook, The Power of Affirmations, contains practical suggestions which can help you to improve your situation. Click here to download it now.

Do Black Men Need to Man Up?

Check out this blog from Very Smart Brothas: Do Black Men Need to Man Up?

There are LOTS of responses to this one. You can read them, and/or add your own.

Some of my thoughts:

Who is responsible for the crime and violence in the ghetto? My answer: white men.

Who is to blame for Black men behaving irresponsibly?

Does strong Black female leadership require Black men to be weak - or absent?

What we need is a new kind of strength - the kind that takes account of feelings, needs, the whole person. Click here for my article on Strong Black Woman Syndrome.

Four Kenyan ex-members of the so-called Mau Mau resistance have won the right to sue the British government.

The British invaded Kenya in the early 20th century and committed atrocities against the Kenyan people for decades. After many years of nonviolent resistance, many Kenyans felt they had to resort to violent action - similar to what happened on South Africa and Zimbabwe.

The British named the resistance movement "Mau Mau" in order to make them sound foreign and exotic - they called themselves the Land Freedom Army.

In a test case, four elderly Kenyans have now been granted the right to sue the UK government. I shall be blogging more about this soon. Click here to read more about this historic victory.

I have personally seen documentary footage of some of the atrocities committed by the British in Kenya - just one of the many African countries which were invaded by European countries in the late 19th and early 20th centuries. Click here to read more about the British colonial presence in Kenya.

President Obama's Kenyan grandfather was one of the many who loyally served in the British army during the Second World War - only to be imprisoned and tortured when he later expressed support for the resistance movement.

This legal decision means the fight for justice can now be taken to the next stage.
Posted by Zhana21 at 1:02 PM No comments:

Every day, we are hit with new revelations about the News International phone hacking scandal. It's even being discussed in Parliament.

On What U Need to Know on Saturday, we interviewed Elizabeth Isley Barkley, author of One Isley Brother's Daughter

One of her nmain themes is the effect of celebrity on personal life - not just on that of the person in the public eye, but that of his or her family as well.

were at the height of their popularity in the 1970s.

To listen to the interview, click here for What U Need to Know, or click here to hear it on Success Strategies for Black People on Facebook.
Posted by Zhana21 at 1:13 PM No comments:

Even if, like me, you know nothing about cricket, you need to see this film.

As depicted in Fire in Babylon

, in the early 1970s, the West Indian cricket team was an international joke. They were referred to as "calypso cricketers" and were seen as entertainers, not as winners.

When they travelled to Australia in 1975, the Australian team humiliated them and the "fast bowlers" physically assaulted them with the ball. So the West Indies team decided to fight back.

This was a matter of pride. Having gained independence from the British, they felt, by the 1970s, like they had something to prove.

The team captain, Clive Lloyd, travelled around the Caribbean islands in search of fast bowlers - and he found some. These guys just did not quit. Some of them could bowl the ball at 90 mph. When they got on the field, they could do serious damage, not just to the other players' bodies in the form of bruises and broken bones, but to their pride.

features interviews with many members of the West Indies team during that period.

Up until then, the captains of the West Indies team had always been white. But in the 1970s, there was a new, revolutionary spirit about, partly inspired by Bob Marley

's music. The film contains some great clips of Marley in performance, singing "Get Up, Stand Up".

The players from the Caribbean also felt a connection with Black people fighting apartheid in South Africa.

The West Indies team defeated Australia, considered the best cricket team in the world, after which they dominated world cricket - they never lost a test series from 1975 to 1990. (For those who don't know, a test series is the highest level of international cricket - I think.)

was an incredibly uplifting, inspiring and moving film. Just one of many wonderful events hosted by Black History Studies.

See also: Next Black History Events.
Posted by Zhana21 at 2:54 PM No comments:

A Great Way to Reach Teachers and Students

If you want to reach school pupils, teachers and educators with your work, Squidoo is a highly effective way to do so.

Get started now so that you will be up and running by the time school starts again in September.

My Black history lenses (articles) are my most popular articles on Squidoo. Sometimes they get hundreds of hits in a month. This is because people are interested in reading and learning about Black history, and Squidoo lenses are an excellent place to begin or expand their research.

Some of my Black history lenses include:

Black History International – This one contains Black history polls and links to other lenses.

Naij - A Film History of Nigeria

News and Views: ANC Welcomes Ruling - this lens includes reviews of films made in secret under apartheid in South Africa.

I have quite a few more.

Squidoo is one of the online resources people use when seeking information. If your lenses are "G" rated, people of any age can read them.

Squidoo lenses (articles) are highly targetted. This means the only people who visit them are the ones who are interested in your subject.

If you want to become established as an expert in your field, Squidoo is a great way to get started.

Plus, if you have products or services to sell, you can link to them from your Squidoo pages.

Click here to get started for free by building a Squidoo lens.

Click here if you are looking for ideas for things to write about. See also: Write Your Book in Two Days (you can use this for writing articles, essays or blogs).

Click here for more suggestions about how to make your lenses interesting and keep people coming back.

Financial Independence: What U Need to Know Preview

As the U.S.A. just celebrated Independence Day, we thought this would be a good time to talk about financial independence.

So many people are facing economic uncertainty these days. We need some strategies. You can listen to a preview below.

Plus, click below for more info on how to attract the money you want. We can achieve financial success.


Listen to internet radio with Zhana21 on Blog Talk Radio
Posted by Zhana21 at 10:11 AM No comments:

Focus the Power of the Universe 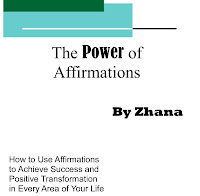 My new, free ebook The Power of Affirmations, helps you to focus the power of the universe to improve your

or any area of your life.